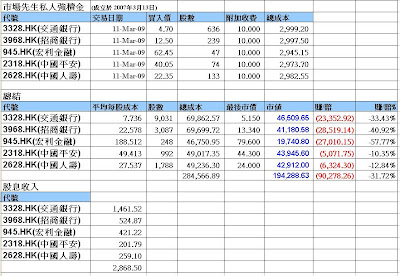 Love is All Around - CU Chorus Annual Concert 2009

Everybody has a love story

Deferred Tax Assets are credits you gain by losing money in one year, which you can apply against taxes in future years where you make money.

The economic tsunami has claimed another industry. Canadian lifecos, for years regarded as "recession proof", hit a brick wall in the fourth quarter. Results were terrible, far worse than anticipated. All of the major players were battered as plunging markets stripped away their reserves and inflicted serious losses.

Flagship Manulife Financial was hardest hit. CEO Dominic D'Alessandro has admitted that his segregated fund and annuity contracts are now $26 billion under water. That is about as bad as it gets! No wonder the leading credit agencies downgraded Sun Life and Manulife.

For almost 10 years, ever since the industry was demutualized, the leading Canadian life insurance companies were a success story. They gobbled up smaller competitors, rationalized the industry, and successfully expanded abroad. Canadian morbidity and mortality rates improved, earnings grew, and the companies generated excess capital. So when the downturn loomed I looked to this sector as one of our shelters. In fact, as you know, I thought lifecos would weather the storm better than the banks. That has not been the case. Great West Life's shares fell 58% from their high. Sun Life dropped 64% and Manulife plunged a staggering 70%, closing last week below $10. It's a disaster area!

What went wrong? How could a tightly regulated industry, based on strength and security, a supposedly defensive sector, seriously underperform in a market downturn? The main reason, I think, is that since going public the lifecos have became more performance driven and gradually changed their product mix. Segregated funds, variable annuities, and wealth management offered better profit margins than conventional life insurance. So they became the name of the game. There was only one problem. This new business thrust was priced and dependant on above-average investment returns. So the lifecos were forced to manage their portfolios more aggressively. Long-term government bonds, the insurance industry's stock in trade, were no longer going to do the trick and managers turned to the stock market and more esoteric securities.

Consequently, when disaster struck, the insurance companies were hit on several fronts. Sharply lower stock prices required large reserve increases to support the now exposed segregated funds and guaranteed annuities. At the same time, many fixed-income investments became impaired or devalued and had to be written down because of the mark-to-market rules. To make matters worse, interest rates have remained stubbornly low, as money poured into the bond market driving prices higher. This, in turn, squeezed the lifecos' margins on new policies. Even established business was hurt by the low rates. Canadian insurers are well matched with blocks of long-term fixed assets offsetting life insurance liabilities but low interest rates create a reinvestment problem and trigger additional reserve requirements.

In short, the stock market collapse and downgrading of fixed-income securities, primarily due to the subprime fiasco, created a perfect storm and undermined the Canadian lifecos. All the tight regulations, competent management, and normal safeguards were swept away and there was very little that the companies could do. As I have mentioned before, this market crash was widespread as well as deep. There was no place to hide. Good investment managers, and Sun and Manulife are acknowledged to be some of the best in the business, suffered along with everybody else. The only salvation was to vacate the markets altogether and that was never an option. Life insurance is about investing premiums and using the resulting income to pay claims. That is how it works. Insurance companies would go broke if they liquidated their portfolios and sat on huge amounts of cash for a year or so.

Looking ahead, we have a bit of a conundrum. Normally in a recession companies report lower earnings and disappointed investors drive their stocks lower. The shares recover when results improve. In the case of lifecos, though, the market itself is determining their earnings, a market, incidentally, that their own slumping stocks are helping to depress. For example, Great West and Manulife reported strong profitable sales in the fourth quarter but that did very little for their bottom lines. Yet it has been estimated that any meaningful increase in stock prices, say to the December 2007 levels, would allow Manulife to release $5.3 billion in segregated fund reserves and cause earnings to spring back by more than $2 a share. Great West and Sun are in the same boat. That means any recommendation concerning Sun Life Financial, Industrial Alliance (TSX: IAG), and Manulife, all currently on our Buy list, is really a call on the market itself.

My feeling is that all of these excellent companies will not only survive but do well in 2010 and beyond. Manulife, for example, is already on the acquisition trail. Earnings are going to fluctuate but gradually improve as markets recover. Nevertheless, lifeco stocks are likely to lag. Seared by the financial sector collapse, investors will almost certainly shy away from insurers for a while, especially now that their earnings quality is suspect. We could also see lifecos issuing more stock to bolster capital and meet regulatory requirements and that will hurt the share prices.

Therefore, I am putting Manulife, Sun, and Industrial Alliance on Hold. They are so depressed that there is likely to be some rebound but I would not accumulate them for long-term growth at this stage. Specific updates on each company follow.